Good people in this world

Today, Alexandra and I set out for some adventures & we had one all right! We were en route to meet up with a friend for lunch & ... oops! I ran out of gas. I was a mere block and a half from our destination, and I couldn't push the car AND steer it, or I would've*!

A good samaritan named Edward stopped to help & I called my friend to help out. Edward took out a flare & an orange reflective triangle & parked behind me so I wouldn't get rear-ended. My friend Carrie took Edward's gas can (mine was at home ... I removed my crate o' emergency gear to make room for the giant stroller!!) and got gas.

I chatted with Edward & he said he'd just lost his job last week, so he was just heading home after networking & was going to look up jobs on the internet, so he wasn't pressed for time. He told me his wife often teases him for having emergency gear in his trunk ... I told him that I was glad HE had some because although I usually do, today I didn't! I also told him to tell his wife, "There was this woman with a 4 month old baby who ran out of gas & I had to help!" Hero points, for sure, don't you think?

Carrie was able to retrieve a gallon of gas for me & we started our lunch about 20 minutes late, but had lunch nonetheless. I thanked her profusely & offered to pay for the gas, but she waved me off & said she was happy to help.

I'm almost always the one who is ridiculously prepared, so it's not often I get to be on the receiving end, but it is wonderously reassuring to know there are people in the world like this, who just jump in & help & don't make a big deal out of it.

And for those of you who know me well, the answer is that I ran out of gas because I'd told myself "Get gas on the way to work on Monday." ... which never happened since I skipped work in favor of driving downstate to see my dad in the hospital very late Sunday night, after he'd had a heart attack, coded twice, had 2 seizures and a number of blackouts. The good news is that he has a pacemaker & is doing great. The bad news is that I was a bit preoccupied & so I got no gas when we got home late yesterday.

But then again, forgetting gas gave me a great opportunity to experience the kindness of a stranger (and the reliability of a good friend), so that's a plus. And it reminded me that no matter how self-reliant I am, I cannot risk pushing a car with a tiny baby in it, at least not solo.

*for the record, yes I fully believe I can push my car 1.5 blocks up a slight incline. I'm either delusional or a bad-ass. I tried, but couldn't do it from the side while holding the steering wheel.
Posted by Latharia at 9:04 PM 4 comments: Links to this post

I haz a duck 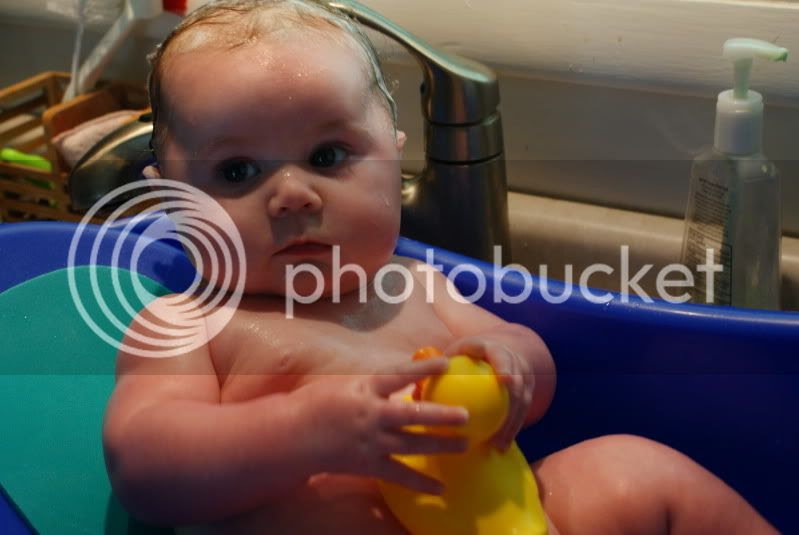 Because Mel seemed to be concerned that Alexandra didn't have a rubber duckie, here's proof she's got one. (She has 3 actually, but here's 1 of them.)
Posted by Latharia at 2:29 PM 3 comments: Links to this post 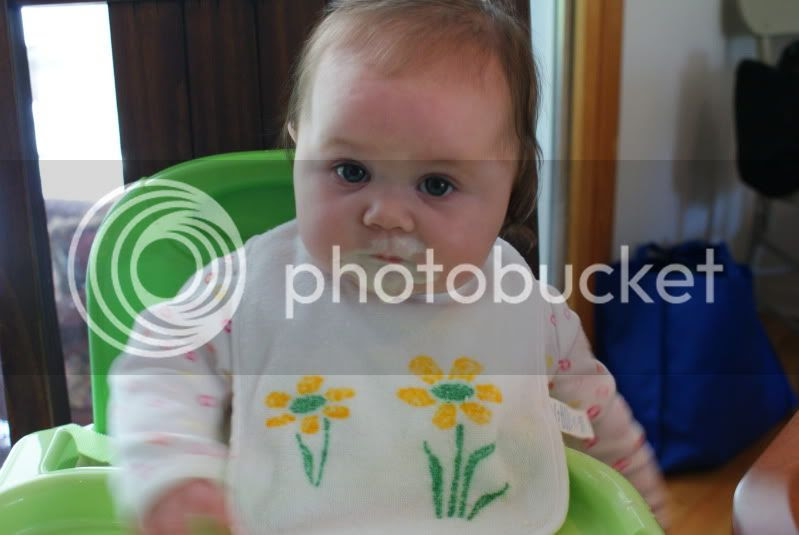 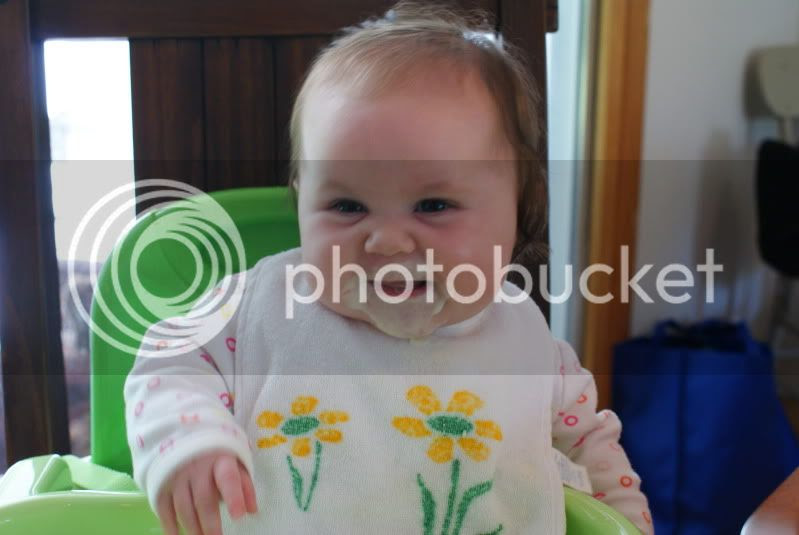 Looking for this frame!

I know it's a long shot, but I might get lucky. I'm looking for this frame:

Apparently, it's no longer carried by Disney & I REALLY would like a couple more, now that our family is expanded! If you could put the word out, all of you Disney freaks, that would be great!
Posted by Latharia at 11:59 AM 3 comments: Links to this post

I'm not so much into sports

But DH is a Cubs' fan, so he quite enjoyed propping Alexandra up in front of the TV to watch a segment of a Cubs' game. 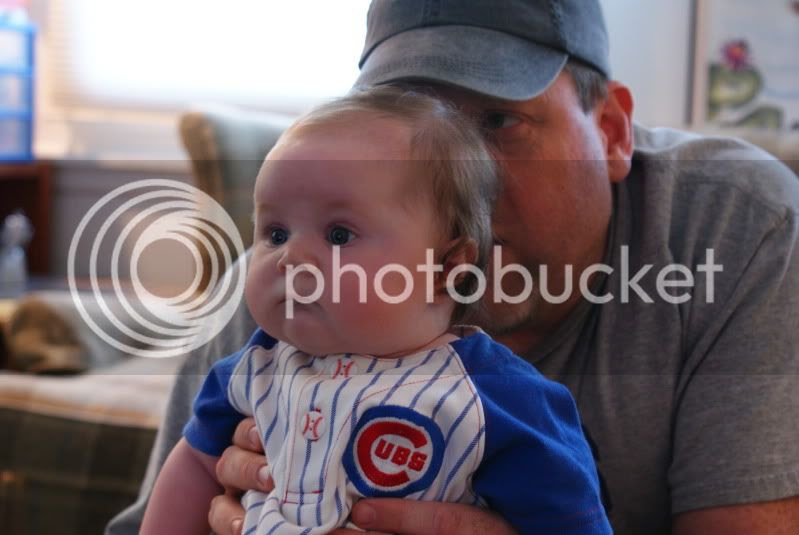 If Alexandra becomes an athlete, she'll be the first one on my side of the family to do much of anything in that arena. (I don't think my 2 years of track and field in high school counts as me being an athlete, nor do I think 2 years of medieval longsword in my late 30's does, either) I'm happy with her being exposed to as many different things in life as possible. I would be happy to have her pick up a sword at some point, athletic endeavor or no. *grin*
Posted by Latharia at 6:58 PM 3 comments: Links to this post 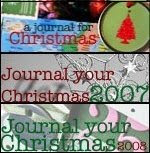 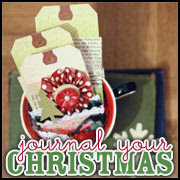 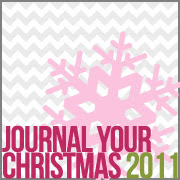